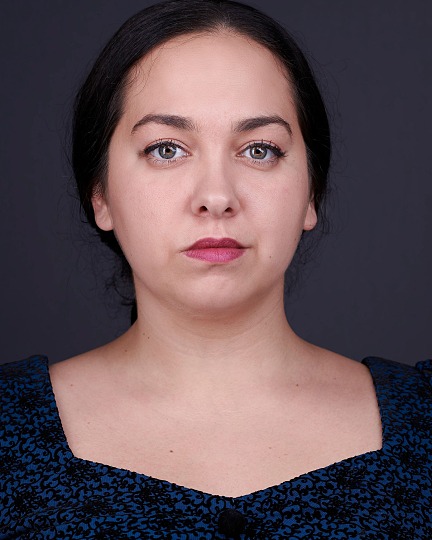 Elisabetta was born in Pescara and started to study dance with her mother when she was four. At the age of seven she was accepted to the “New Step School of Arts”. She has fifteen years training as a dancer and at the age of seventeen she took part in a dubbing/voiceover course with Roberto Pedicini and Christian Iansante. She obtained a first degree (BA) in Arts and entertainment arts at “La Sapienza- University of Rome”, and then started training with the Accademia dello Spettacolo in Ortona, studying singing with Gabriele de Guglielmo, dance with Americo di Francesco and acting with Mario Massari, Lorenza Sorino and Arturo Scogliamiglio.

She took part in several workshops in Rome at “Centro Sperimentale di cinematografia”. From 2014 she was part of Compagnia dell’alba of Ortona as a swing/cover for musicals like Aggiungi un posto a tavola (national tour), Nunsense-il musical delle suore (national tour). Nunsense won the Italian Best Off Musical Award in 2016. With Compagnia dell’alba she also participated in the show “C’era una volta il… musical” during the EXPO in Milan.

In 2016/2017 she played Sister Margaretta in the production “Sound of Music” directed again by the famous Italian Musical director Fabrizio Angelini.

In August 2017 she moved to London and in July 2018 she completed the London Actor Workshop, directed by Jonathan Sidwick.